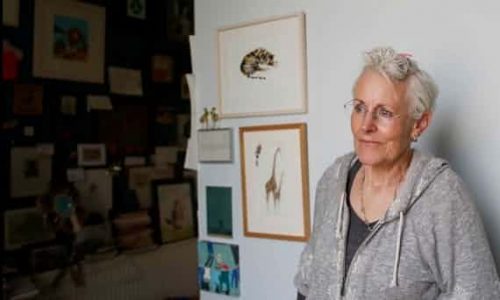 I love meeting people and talking to them. Other people’s lives are so fascinating.’

In addition to publishing well over 300 titles, Viv leads a very busy life away from her keyboard conducting writing workshops for both children and adults. She has been a lecturer at the University of the West of England and currently teaches at the Edinburgh College of Art. She is proud to have appeared at every Swansea Book Festival, and as a result developed several theatre pieces in conjunction with local schools. She has been Writer in Residence at the Lennoxlove Book Festival, The Borders Book Festival and the Edinburgh International Book Festival and in 2004, her play, Hambledog and the Hopping Clogs was performed to great critical and audience acclaim at the Edinburgh Fringe. She never travels without her notebooks, so that story ideas are never lost or wasted. She is also a passionate reader and was for many years a regular guest reviewer for The Guardian.

During the late 90s, Viv was a stalwart of a ground-breaking Scottish project, The Readiscovery Book Bus, visiting schools throughout mainland and island Scotland where she established a devoted readership, and was inspired to write even more stories. More recently she co-founded the acclaimed Picture Hooks mentoring scheme to help young art graduates find their feet in the world of book illustration. Viv has lived mainly in London, Bristol and now Edinburgh, but she responds with enthusiasm to invitations from schools and libraries throughout the UK. She has toured from Orkney to Oklahoma, and particularly enjoyed running writing workshops in Ibiza and Majorca. Vivian is extremely knowledgeable and enthusiastic on the subject of design and typography in books for young children. She always works closely with her illustrators to ensure that text and illustration blend effectively. Vivian has been illustrated by a wide range of illustrators including Angela Barrett, David Melling, Sue Heap, Hannah Foley, Charlotte Voake, Ross Collins, Alison Bartlett, Barbara Firth, Korky Paul, Selina Young, Peter Malone, Russell Ayto, Jackie Morris, Robert Crowther … and many others.

Vivian says she was not considered a great prospect at her (many) schools. (She does not remember Cheltenham Ladies College with any affection whatsoever and has a strong suspicion that they return the sentiment.) Her handwriting was deplored and ridiculed, and she was never encouraged to be imaginative. She therefore has a particular affinity for children who are less robust readers, and children who feel that books and reading are not for them. Her mission is to persuade them otherwise – and she doesn’t give up!

Vivian is an inspiring speaker with an exceptional knowledge of the world of children’s books, and considerable insight into the way in which children use their own stories to connect with those they read and hear.

In 2016 she was awarded the MBE for services to literature, literacy, illustration and the arts, and she received Scottish Book Trust’s Outstanding Achievement Award in 2018.

Vivian is the mother of four daughters, and has six grandchildren. 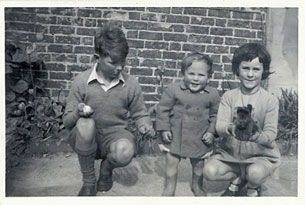